The Politics of the Beard

Here’s the short version: Since I grew a beard on a whim in the summer of 1978, I have been mistaken for many kinds of people in several different countries: a KGB agent, a Maine lobsterman, a Jewish settler, a member of ISIS, and a homeless person. I was told in Kabul that if I added a turban, I could be a mullah, and a conservative in Israel suggested that I put on a yarmulke and go to the West Bank to see how a religious Jew would feel among hostile Palestinians. Each misidentification carried an interesting little lesson. 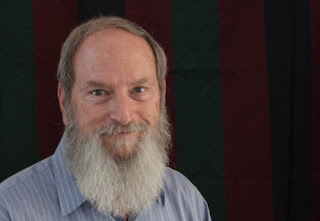 So did the beard’s absence, for when I went without it for a few months in 1995, I became unrecognizable in certain quarters. When I attended an event at the Carnegie Endowment for International Peace, where I’d worked from 1988-90, nobody greeted me; they simply didn’t know who I was. And my older son’s wedding pictures, taken during that interlude, show this mysterious fellow among the family members, like some interloper. Who is that guy? A woman I know slightly did recognize me bare-faced and quipped, “You’re in disguise!”