‘I Confess!’ Why Do People Admit to Things They Haven’t Done?

Several months after Antonio Ramirez was shot seven times in Oakland, Calif., the police picked up a frightened 16-year-old named Felix, isolated him in an interrogation room late at night without a lawyer, rejected his pleas to see his mother, and harangued him until he began to tell them what he thought they wanted to hear.

They wanted a diagram of the crime scene, he later told his court-appointed lawyer, Richard Foxall, but whatever he drew was so inaccurate that the police never produced it. When he described escaping in one direction after the killing, they corrected him, because they knew from witnesses that the shooter had gone the opposite way. When he didn’t mention an alley nearby, they told him about it, and he incorporated it into his statement. “Now we’re getting somewhere,” said one officer, as Felix recalled to his lawyer.

A Lesson for Candidates 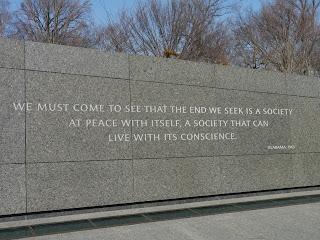 If political candidates want a quick lesson in how to speak to both the hopes and the hardships of America, often in a single sentence, they would do well to spend a little contemplative time at the new memorial to Martin Luther King Jr. on the Tidal Basin in Washington, D.C.

In his day, King could probably not have been elected to much of anything, even if he’d had such an aspiration. But his words of nearly half a century ago, engraved into the memorial’s semi-circle of dark granite, reverberate now in haunting harmony with the yearning of the country.

Mitt Romney’s remark that the poor don’t need his concern because they have a safety net has triggered worry on the right and glee on the left that he’s emerging as an uncaring, unelectable patrician. But the more important issue is the myth that a safety net even exists—the widely accepted notion that the fragmented, underfunded programs to address poverty actually rescue falling families from destitution.

To give Romney his due, he said that “if” he found holes in the net, he’d “fix” them. Let’s take him up on that. Since he doesn’t already know about the gaping holes through which 46 million Americans have fallen into poverty, perhaps he’ll want to talk with a few such folks on the campaign trail. Then, all he’d have to do as president is summon up the billions it would take to do the job—a worthy investment, but not one that Republicans have ever been willing to make.