Secretary of State John Kerry made the speech this week that he should have made three years ago, when it might have had an impact greater than to antagonize. In a well reasoned analysis of the harm being done by Israel’s practice of settling Jews on territory to be used for a Palestinian state, he warned that prospects for peace were being curtailed. He justified the US decision not to veto a UN Security Council resolution condemning settlements this way: “If we were to stand idly by and know that in doing so we are allowing a dangerous dynamic to take hold which promises greater conflict and instability to a region in which we have vital interests, we would be derelict in our own responsibilities.”
But standing idly by while settlements have been expanded is exactly what the United States has done for decades. It has never put its money where its mouth is. It has used plenty of words but no real leverage. It has never made Israel pay for this “dangerous dynamic.”
The most recent punishment, in fact, was President Obama’s award to Israel this fall of $38 billion in military aid, which, Kerry noted, “exceeds any military assistance package the United States has provided to any country, at any time, and that will invest in cutting-edge missile defense and sustain Israel’s qualitative military edge for years to come.” Israel gets more than half the entire military financing that the US provides to the entire world. For this, Obama gets denounced as anti-Israel by right-wing American Jews and Prime Minister Benjamin Netanyahu’s extremist claque.
Words have weight in foreign affairs, no doubt. And every Republican and Democratic administration, through Presidents Carter, Reagan, Bush I, Clinton, Bush II, and Obama, has tried—and failed—to sway Israel through vehement words, criticizing the settlements in the contested territories as “obstacles to peace.” To that standard indictment has occasionally been added the charge that the settlements violate international law that governs the rules of war and occupation, as the recent UN resolution stated.
But no financial penalty has been imposed. In effect, because money is fungible, American aid goes into one pocket, freeing Israel to use funds from another pocket to subsidize settlements through housing loans, roads, power lines, water and sewer hookups, and security by the army.

Donald Trump, the hot-air balloon who floats and weaves untethered to facts, is poised to create foreign policies (there will be many simultaneously) based on his fantasies and myths, which he will sell convincingly to a plurality of adoring Americans and spineless Republicans in Congress. He is even less curious about the world than George W. Bush. Into this knowledge vacuum will flow the imaginary demons and fairies conjured up by officials in modern America’s most extreme right-wing government, which he is now assembling.
It will be a dangerous time. But let’s not pretend that fantasy-based foreign policy is unprecedented. It induced the United States to overthrow legitimate, nonthreatening governments and enter at least two losing wars: Vietnam and Iraq, with more to come, undoubtedly. Paranoia is one of America’s most prominent afflictions.
The New York Times columnist James Reston used to call the State Department the Fudge Factory, an apt name to any reporter who tried to cover it. Attempting to pin down a hard fact of policy was like nailing a custard pie to the wall. Only occasionally would you come across a candid foreign service officer, usually in a US embassy abroad, who would share insights openly into the country that you both were working to understand. I treasured those folks and still count one of them from the embassy in Moscow, Ken Yalowitz, as a close and trusted friend, who went on to become an ambassador himself, to Belarus and Georgia.
One key mission of both the State Department and intelligence agencies is to act as fact-gathering machines. They are populated with experienced people who speak the local languages, know local history, and are charged with reporting back to Washington. It’s hard to think that Trump will ever listen to them. Indeed, all signs point to ideological pressure for subordinates to avoid thinking differently from his latest tweets, lest they lose their positions.

Read more »
Posted by Dave at 12:04 PM No comments: Links to this post

About 20 years ago, I asked a small class of white students at the University of Maine what percentage of the American population they thought was black. Maine is one of the whitest states in the union, so these students—all from Maine—saw hardly any African-Americans in their daily lives. But their estimates were high: One woman thought 50 percent of the country’s population was black. Another student agreed, and a couple of others guessed 40 and 30 percent. The actual figure was 13 percent (and, at the time, 0.4 percent in Maine).
Why such exaggeration? And what did it signify? Was it one seed in the tangle of identity issues that brought Donald Trump to power two decades later?
For a long time, in the midst of campaigns for affirmative action and other remedies to the wrongs of racial discrimination, polling has found many whites exaggerating not only the numbers of blacks but their prosperity and privileges. Last summer, only 2 percent of white Trump supporters, and just 13 percent of all whites surveyed, agreed that “white people benefit a great deal from advantages that blacks lack,” according to the Pew Research Center. By contrast, 62 percent of blacks recognized the existence of white privilege.
An earlier Pew poll showed African-Americans at least 20 percent more likely than whites to think that blacks were treated less fairly by the police, by the courts, by mortgage lenders, in the workplace, in stores and restaurants, and when voting in elections.

In Vietnam, a Patriot Without a Place

The name Nguyen Ngoc Luong will not ring a bell for most Americans, but it should. Through his anonymous work with correspondents, readers of a certain vintage who followed the Vietnam War through the pages of The New York Times were broken open to the distress and resilience of the Vietnamese. He understood his country at a depth far beneath the headlines, and so helped us see, learn to listen, and enrich our reporting.
He once leaned over to me and whispered, as we sat in a Danang restaurant near a table of paunchy South Vietnamese Army colonels, “I cannot stand Vietnamese who have no sign of suffering on their faces.” 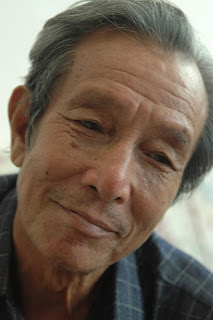 Luong was not just an interpreter of language, from Vietnamese into his fluent English, but also an interpreter of culture. His streetwise, romantic sense of righteousness and purpose led him to find the small, human narratives that illustrated the whole. And he kept us safe, sniffing out the danger of a too-quiet lane or a village of deceptive calm long before we had an inkling that something was wrong.
Luong died recently at the age of 79, in Ho Chi Minh City, in the country that he loved, but which did not love him enough. Alone among Times employees as Saigon fell to North Vietnamese forces in 1975, Luong chose to stay, to decline the offer to uproot himself and flee with his family to America. “I am a buffalo boy,” he used to say, proudly and wistfully, for it had been decades since he had ridden a buffalo while playing his flute.
There are hundreds of people like Luong all over the world, local citizens of countries in conflict, who interpret, arrange, guide, open doors, and protect the foreigners who arrive as journalists or aid workers to observe and assist. Their help is crucial, and is done mostly behind the scenes, where they become invisible heroes. My son Michael, who does conflict-resolution work in many parts of the world, met Luong in 2001 after hearing from me about him for years. “He has left me with the Luong Principle,” Michael said. “Find a Luong wherever you go.”

Read more »
Posted by Dave at 8:57 AM No comments: Links to this post