By David K. Shipler
(Published in the American Prospect, Sept. 2011)
The abuse of the Constitution that followed September 11, 2001, was neither surprising nor inevitable. It was not a surprise, because it wasn’t the first time in American history—but the sixth, by my count—that fundamental rights had been violated during spasms of fear over national security. It was not inevitable, because prominent voices might have called the country back to its principles. There is no telling whether such appeals would have stood against the tide, but one man’s words did make a difference in the emergency command center at FBI headquarters on Pennsylvania Avenue several hours after the attacks.
Read full article

Posted by Dave at 9:14 PM No comments: Links to this post

The Door From Reality to Etheria 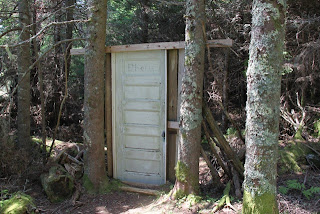 By David K. Shipler
Years ago, a simple footpath encircled the island. I believe this without being certain. Perhaps I am remembering what I merely wished had been true, but I would like to think that I used to circumnavigate this island on foot without difficulty. The trail led clearly as it does now from the little beach on the northeast corner clockwise along the eastern length, meandering through spruce woods close enough to the shore to see the sparkle of the water through the trees, then around the southern tip, slightly inland up the western side, and finally to the sweeping flat rocks on the north. Surely I walked that route with ease.